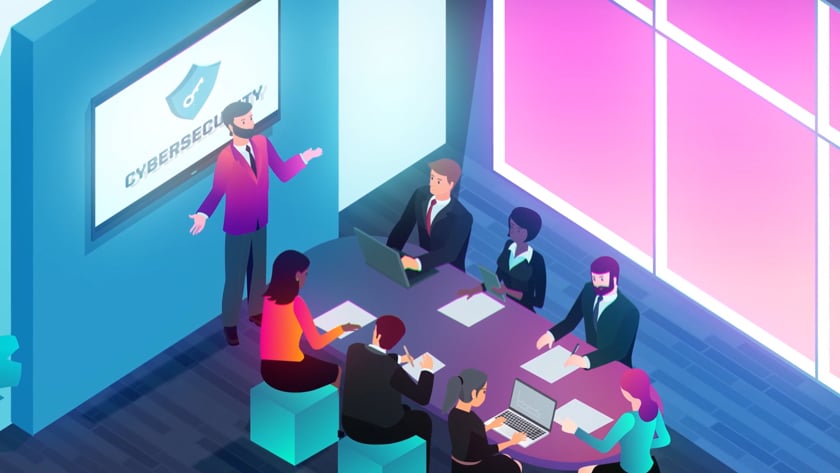 Data breaches are the new black. They’re everywhere and the bane of a business’s existence.

Bits-Core is here to solve the problem with a unique approach to data storage.

Technology clearly fascinates us. We spend most of our day glued to one screen or another, we watch movies with gadgets and doodads. Tech companies stream their release events like they’re rock concerts and now even money is “in the cloud”. But then most of us still use 1234 as our pin code. Bits-Core is determined to make our digital lives easier by making them safer. So during the COVID lockdowns, while everyone was using even more tech than ever before they approached us to help them bring their message to life.

We had worked with Bits-Core once before on a series of instructional videos. They were thrilled with the results but also knew that they wanted to try something new with this one. It was a chance for them to make a splash and stand out. They didn’t just want the same same. It’s easy for videos to fall into trends. To want to emulate something else cool that you see but while that can result in a great-looking video it misses the mark on standing out because it looks like everything else. So it was up to us to figure out a new approach, something that felt tech-y but didn’t feel derivative.

“Charge it, point it, zoom it, press it, snap it, work it, quick erase it”

We went looking for inspiration in other places. Instead of looking at other tech videos to see what they were doing, we went looking at food videos, music videos, beauty videos, unboxing, anything that felt different. We began pulling together colour palettes, character designs, story ideas, visual cues, and once we’d done that certain elements started to join forces. It was clear that they wanted to be together and that they fit.

“Write it, cut it, paste it, save it, load it, check it, quick rewrite it”

Once the client was on board with the initial ideas our team began work. Our copywriters teamed up with the illustrators to begin creating mood boards and scenes to sell the idea. The illustrators and animators began to talk about how it might work turning their sketches and stills into a living breathing animation. Exploring the “how” also began to inform the design. So pretty soon we had a creative direction that had been refined and improved upon and was ready for animating.

The tech world doesn’t show any signs of slowing down, so ensuring we’re safe while living in it is essential.