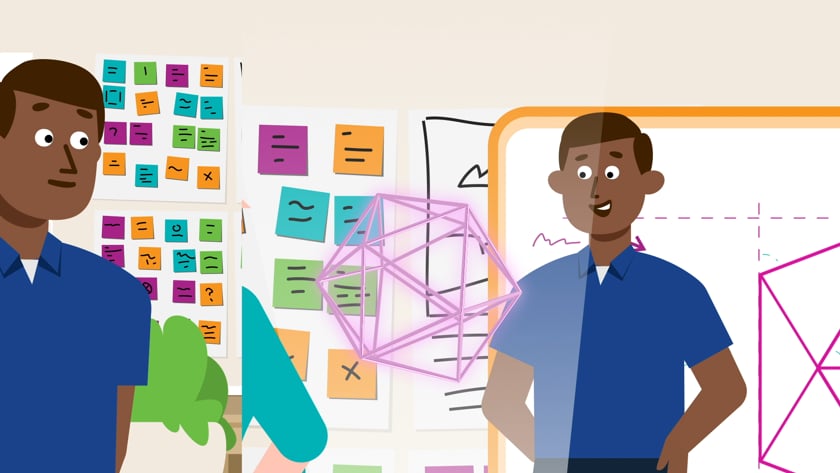 Logan was voted the “Worst City in Australia”** last year (**unofficially)… but try telling that to the people who live and work there.

Logan City Council is one of the most dedicated and progressive council’s in South East Queensland. They’re committed to making their city more future-focused, inclusive and smarter.

One of the key groups involved in this is their Corporate Innovation team who approached us about making a video to introduce themselves and explain how they can help the council work more efficiently and in more “out of the box” ways.

“The team is an internal assistance team who help departments rethink their strategies and consider alternative approaches. It’s not the easiest sell when people are excited about an idea and your whole job is to make them rethink it, but when they do the outcomes are amazing”, said Stacey Brant, Head of Marketing and Communications at LCC.

So with that in mind, we began work on crafting a message that would cut through that noise. That wasn’t blaring and in your face but that was comforting, was warm and inviting. Something that people felt they could “opt into” as opposed to it being shoved down their throats.

“better than all the rest”

With that kind of a message, it was only fitting that the visuals supported that. White space and open-air, even indoors. We wanted a sense of calm and endless possibilities but for it to also be situated in reality. That it wasn’t some void or “conceptual” TRON-like world.

So we incorporated wood and plants to add a natural feel.

The first draft needed a little tweaking and as we refined it, we eventually got it where it needed to be.

Bringing it to life posed a new problem. How do we create characters and space that is calm and warm but that isn’t boring? We want the characters to pop but they can’t jump down your throat.

“I wanted them to feel like people you’d want to go and spend a couple of hours in meetings with”, said Nick, our lead animator on the project.

“anyone I’ve ever met”

Like a great idea that had gone through the CI team, this one definitely came out better than it would have had we not gotten feedback. The end product was a smash hit both with the commissioning team and also with everyone they showed it to. Logan, out here kickin’ goals.