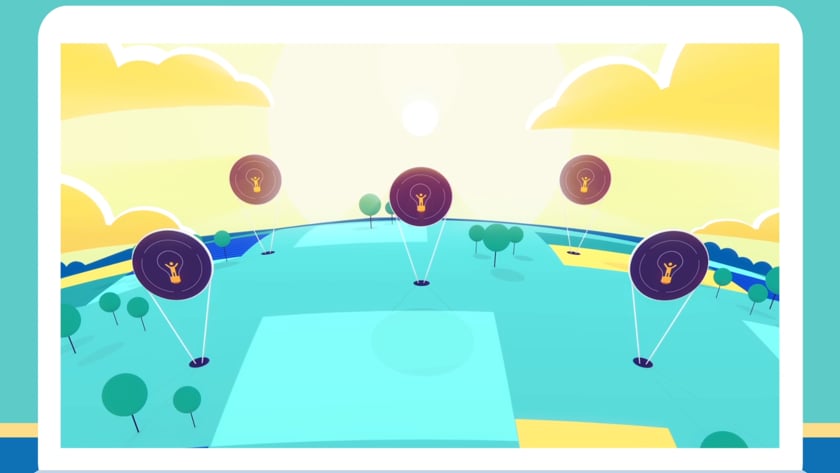 What does it mean to be part of a community? One council in NSW decided that it meant pulling together to support each other’s attempts to create a thriving business sector.

The Hills Shire Council created a program in the council for people in the community who were looking to start or grow a business that connected them with established business leaders in their community.

This mentorship program needed some explaining and so when they approached us with not only a great idea but an open mind for execution we knew this would be something special.

“…are alive with the sound of music”

Crafting the style for The Hills required us to really understand what it was that was at the heart of their program, rather than just seeing what was trending at that moment. As we pulled the idea apart connection seemed at its heart. So we wanted to move from disconnection or isolation into something that felt more cohesive and united.

So now we needed to find a look and feel that wouldn’t just support that idea, it would make it sing.

“…from the lake to the trees…”

“3D was something we were using pretty sparingly at this point. We didn’t just want to use it because everyone else was. We wanted it really have a purpose,” said Explanimate Creative Director Travis Hunt.

As our copywriters and animators began working with the client we refined the vision and solidified the messaging. It became clear that a lot of the focus was going to be on the system of connecting these people as opposed to the individuals themselves… So the question became, how do we make it still feel personal and relevant?

Motion graphics can sometimes feel a little impersonal and so by combining them with characters and putting those motion graphics into a context we were able to retain the personalized vibe that they wanted.

“…sing every song it hears…”

When the sun rose on delivery day we were anxious (we always are, when you’ve invested this much in a video it becomes as much yours as the clients). Would they like it? Would it capture everything they wanted it to and still surprise and delight them? High benchmarks? Maybe.

But we needn’t have worried The Hills Shire council loved it. It’s still placed prominently on their Business Visits website and continues to be an integral part of that program and the growing business success of their area.