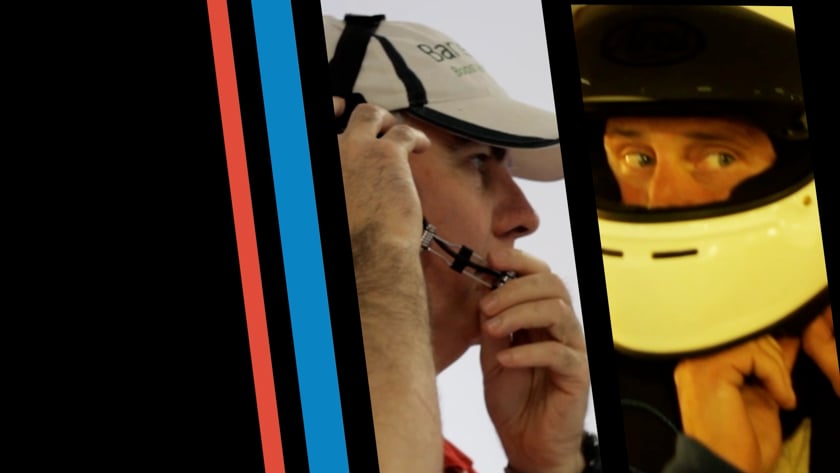 When we think of race cars only one name comes to mind. Lightning McQueen. Undoubtedly the king of racing. We possibly love him a bit too much. “Ka-Chow” is the office catchphrase. A shrine is under construction. One of us even has a lightning bolt on the side of our glasses as a tribute to the king of racing.

So when Glass Engine / Dreadnought Films approached us to create a title sequence for their film “Ramblin’ Racer” for the 2021 Vision Splendid Film Festival, we were a little excited. Unfortunately, Lightning McQueen declined the invitation to star in the film, but we were excited nonetheless.

Creating a title sequence is always a challenge. As the first thing the audience sees, this sequence sets the tone for the film and is the first opportunity to grab the audience’s attention.

Another purpose of title sequences is to credit some of the most integral people responsible for the production of the film.

So, we had to keep the sequence simple to ensure we were not distracting from the credited names.  So how do we create a simple title sequence that would still set the energetic tone for a racing film?

In keeping the sequence stripped back, every decision was vitally important to get right. Right down to the colour scheme. We needed to ensure that not only would all of the elements complement each other, but also that certain elements would stand out. So, we stuck with using only the primary colours. This meant the racing stripes would look good together, but also that the yellow credits would be noticeable.

But racing strips, live-action film shots, and primary colours wouldn’t be enough for this title sequence. It needed music. Something upbeat and energetic to ensure the tone would be set for the following racing film. So that’s what we gave it.

The title sequence we created was a perfect fit for Ramblin’ Racer, energetic yet simple, it created excitement for the film.  Dreadnought Films thought it was amazing.

P.S. if you’re reading this Lightning McQueen, we love you! Let us know when you need a title sequence for your next film.