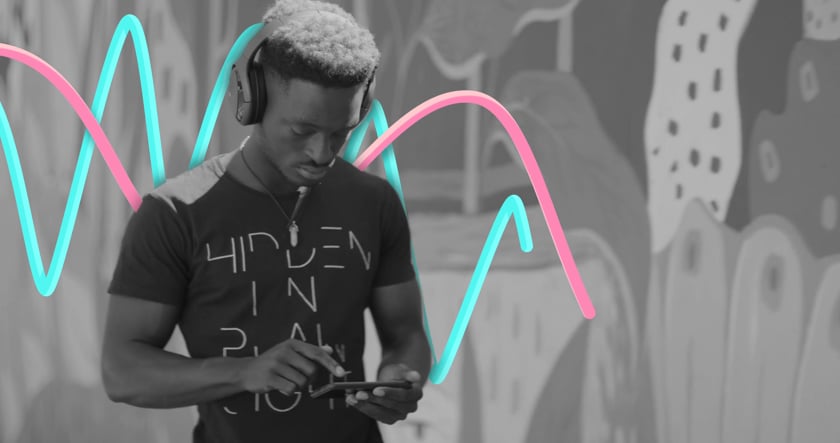 Music. Everybody loves it. It doesn’t matter what you’re into there’s a band or artist that makes it.

Mu6 Headphones wants to cut the cord and help people listen to that music in the highest quality with the greatest flexibility.

They wanted something that captured the freedom and ease of use…

The job came to us through an agency. They had a vision for the project but we had to figure out what that vision looked like second by second on the screen. So we locked the doors of our office and it turned into ideas cage match only the strongest would be allowed to leave the ring.

Battered and bruised we emerged with an idea ready to turn into reality.

“This individuality stuff is a bunch of crap”

Putting together a team for a video like this is an art. The right people in the right roles to ensure every department is equally yoked.

Once we had our live action team together we knew the look and feel that we would be getting and could begin to assign animators and designers who would complement that vision.

Using Brisbane’s eternal summer and funky locations helped give the video a healthy splash of sunshine and a look that was specific and unique while acting as a backdrop and not drawing focus from the product and it’s features.

We then pulled the footage together and began mapping out the animation and how our intentions would play out on the fully realised footage. After some testing and back and forth with the client we were able to combine the features and “experience” that they wanted to convey with the excitement and fun that the animation brought to it.

“You want something, go get it.”

The video was intended for use as part of their fundraising campaign on kickstarter and it helped them surpass their goal and turn a really cool dream into an even cooler reality.