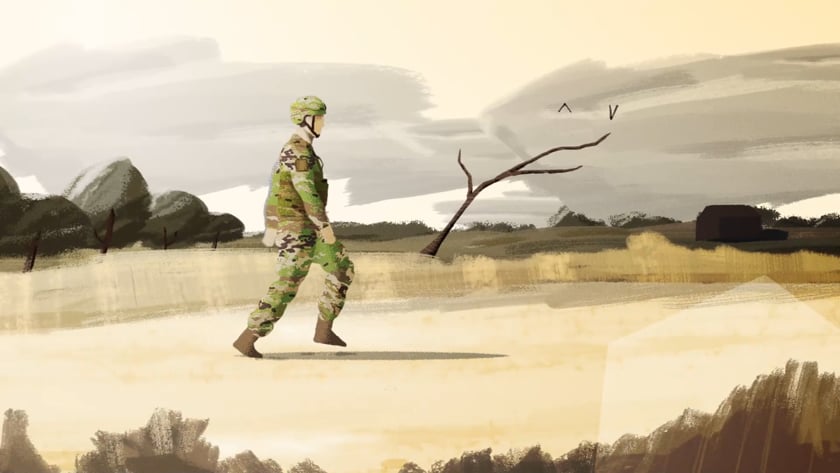 Gallipoli Veterans work with veterans of all conflicts. Their research and rehabilitation pathways are changing the lives of veterans and the people who love them. We were excited to be able to work on such a worthy and influential program, even if only in our small way.

It takes a lot to be in the military. Gruelling training, deployments and all the other challenging tasks they get up to. It’s a full on lifestyle. The Australia we know now wouldn’t be here without them.

So we were honoured to be able to help the Gallipoli Medical Research Foundation to create a video to promote awareness about the Go Beyond program.

This program is designed to aid military veterans in their adjustment to civilian life. As such it was integral to draw attention to why Go Beyond forms an important part of this transition.

What better way to show Go Beyond’s role in this journey than by following a veteran through his transition? So, we tailored the video’s storyline to that of a transitioning veteran.

We opened the video with a member of the ADF on deployment. Using a match cut, we transformed this veteran into civilian garb as he walked down a city street. This transition communicated to audiences that even though this civilian might look like everyone else, his life in the ADF was still carried with him.

As Go Beyond helps these veterans deal with potential mental health conditions that come with the adjustment from military service to civilian life, we needed to show just how prevalent these issues were.

Using a voice over, we conveyed the statistics of mental health conditions in transitioning veterans to viewers.

This is where Go Beyond comes in.

Audiences were met with a veteran filling in a quick questionnaire before receiving help from Go Beyond. This help opened the pathway for the veteran to join his friends and family. Just as Go Beyond aids veterans in transitioning into civilian life and reconnecting with their family and friends.

Go Beyond loved the video and we hope it will help them continue to help more veterans and their families.

We have a lot to thank the members of the ADF for. So, we’re glad we could help a program that does so much for them.