We had the pleasure of creating this beautiful music video for singer songwriter, Dakota Striplin. 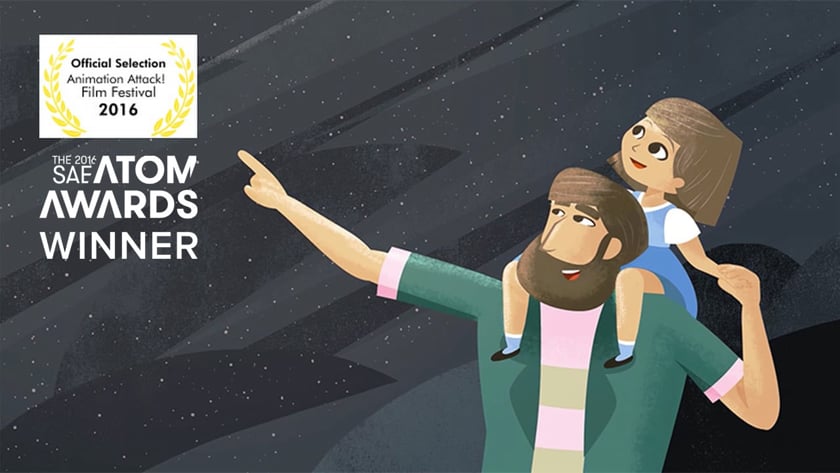 A young woman, out in the big wide world, remembers how valuable her relationship with her father is to her. You can never travel back in time, so treasure what you have and who you love.

Lullaby’s might be one of the most universal human experiences. They comfort us at the moments we need the most comfort. They help us drift off to sleep with smiles on our faces and warmth and love in our hearts. The act of singing to someone is such a personal and unique (and at the same time universal) act that when Dakota approached us to bring his gorgeous song Lullaby to life, we couldn’t help ourselves.

“Sing a little lullaby, one for you to close your eyes”

This turned out to be a real challenge. Not only was it the studio’s first music video but it was also something incredibly personal and dear to Dakota’s heart. It wasn’t just another piece of marketing for him. So he was invested… And that came with baggage.

But it wasn’t a one way street, the team here was completely dedicated to doing something that they felt realised his vision and spoke to their own artistic sensibilities as well. The project involved a huge team of illustrators, background artists, compositors and more and all of them needed to play their part to perfection.

So with committed people on all sides, we began to work.

“And one to rest your pretty face”

Like a great song our music video needed a hook, something to draw people in. A story that would complement the lyrics and add to them. So while our master storytellers got to work on that side of things, the artists began work on creating characters and world’s that felt unique but lived in. Felt emotive without feeling manipulative. We didn’t want something overly “cute” we wanted something that felt real.

Some fell on one side or the other – too cute, or not appealing enough. Others just didn’t quite feel right. Some looked great on paper but the minute they were married up with the song they were clearly at odds.

“Save you from this silly place”

Animating anything is arduous work. But characters are a whole other bag. With so many moving parts it’s not just about them doing the actions that need to be done, they need to do them in such a way that they feel natural or at the very least, matched to the style you’re intending. It’s about imbuing character’s with purpose, a personality, and an authenticity.

Small minor movements were slaved over, were done and redone, were scratched and begun again. But always in the service of wanting to achieve something genuinely excellent.

“And rest those little hands”

In the end, like waking from a lullaby induced dream, we stumbled out of our offices, blinking, into the sunlight. We’d done it. We’d delivered a music video that ticked all of our boxes and ticked all of Dakota’s. We submitted it for awards (which it won), it blew up his YouTube channel and has become an absolute mainstay of videos that people reference when they come to work with us.