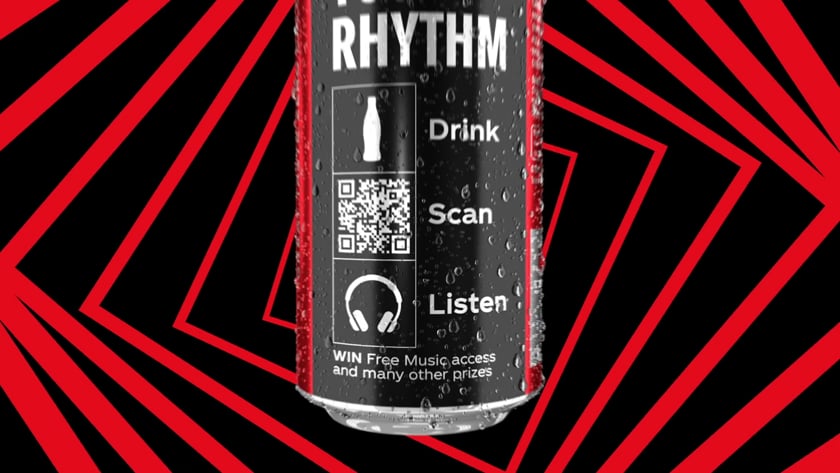 Coke. One of the most recognisable brands IN THE ENTIRE WORLD!

When they hit us up there wasn’t much we wouldn’t have done to work together. It was a fun experience and we got this funky vid out of it.

Coca-Cola approached us asking for help. Coca-Cola. One of the most recognisable brands in the world. Asked us for help. We’d be lying if we said we didn’t swoon a little bit.

They needed help creating videos to promote their new “Turn Up Your Rhythm” campaign in several countries. As a part of this campaign, these videos would need to explain the new “Drink. Scan. Listen” competition.

Hopefully people already know how to drink Coca-Cola. But we couldn’t very well leave out the first step in entering the competition. So, the only way to show people how to drink Coca-Cola would, of course, be with the company’s iconic match cut edits of different people drinking from the classic glass Coca-Cola bottle.

This step would be a little bit more difficult to illustrate than drinking Coca-Cola. Using a mixture of motion graphics and live-action film we demonstrated the process of scanning a QR code and entering the code from under the cap to audiences.

Real images were integral to use here as it would give viewers the best understanding of where to find the codes on Coca-Cola products. But where real footage was impractical, like in finding the code under the top of the can, we used animations to develop more readable images.

We can’t teach people how to listen. But, as one of the prizes for this competition was Spotify VIP access, we could show people how listening to this prize would leave them feeling.

Spotify means music and music means dancing. So we shot some people dancing in public, while holding their trusty Coca-Cola bottles of course. This kind of dancing is freedom and joy at their finest. Exactly how audiences would feel after winning Spotify VIP access.

So there you have it. We created something epic for Coca-Cola and they loved it. Now if you’ll excuse us, we’re off to drink, scan and win some stuff.