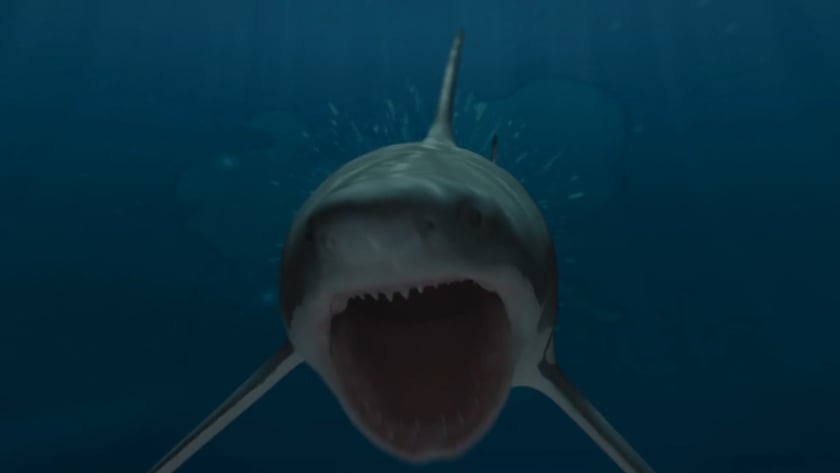 We’ve always hoped sharks don’t watch movies. Mostly because that would mean they were hoarding all the waterproof televisions. But also because JAWS might give the wrong ideas to the anti-people activists in the shark community.

What if one of those activist sharks was in a tank at your local aquarium? Could it break through the glass? We’d like to think that’s what ARN Radio and Amy Shark were thinking when they came to us asking for help to prank the public.

If you’ve ever been to an aquarium with sharks you’ve probably questioned how strong the glass is. Logically, we all know it’s too strong for a shark to break through but… is it?

What if a shark was angry?

What if that kid tapped the glass one too many times?

What if they could smell the fish-sticks you packed for lunch?

It’s a fear we’ve all had. So what better way to prank the public? At least that’s what ARN Radio and Amy Shark thought when they asked us for help.

Our brief was simple. Create a realistic 3D shark that would attempt to attack the viewer by smashing the glass of its tank at SeaLife. Easy enough?

The trick with this project was that people couldn’t notice that the animation was a fake tank until it was too late. Amy Shark would be there to help distract the potential victims, but it was still vital that they could look at the animation, prior to the shark attack, and believe it was real.

Our animators got to work.

The best way to ensure the victims didn’t figure out there was something fishy about the shark tank was to make sure they weren’t looking at it. So, we began the animation with empty water. This way, viewers would be drawn to the fish in the bright, colourful, real aquarium opposite the animation. Literally turning their backs on the shark tank.

Now for the punch line.

Not that sharks can throw a punch, but you know what we mean.

Getting the shark to crack the glass in a believable and shocking way was a challenge. The size of the shark and the cracking glass had to be realistic and instantly recognisable, but also large enough to effectively surprise the viewer.

To ensure everything was looking fin-tastic, we repeatedly tested the animation on the screens at SeaLife. These screens were a lot larger than our computers, so at first, our shark was HUGE. The size of your car kind of huge. Too huge to be instantly recognised as a shark.

So, Mr. Shark was shrunk to a more realistic size.

Testing our animation at SeaLife also allowed us to alter our water animation to match the other tanks. After darkening the water and changing some of the lighting effects, our tank was blending in perfectly. A real wolf in sheep’s clothing… or shark in fish’s clothing?

It turned out pretty jaws-ome. Our shark made ARN Radio and Amy Shark very happy.

The unfortunate souls who walked into SeaLife that day were not as happy.